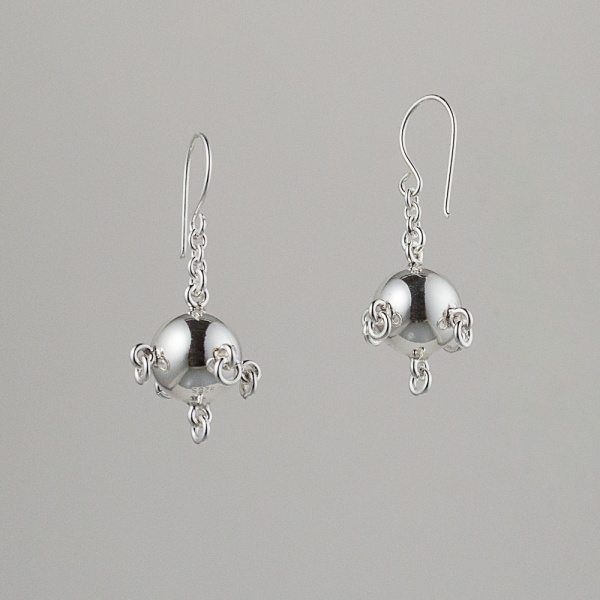 The smallest one of our "Komse-balls" with five rings. Here as a pair of earrings.

The biggest one of our "Komse-balls". A wonderful piece of handicraft! With 9 rings. The Komse-ball …

A slightly smaller variant of the largest Komse-ball no. 2. With 9 rings.  The Komse-ball is …

A nice small "Komse-ball" with only 5 rings. The Komse-ball is today a beloved jewel, connected …

The smallest one of our "Komse-balls" with five rings. Just as nice for the newborn as for the …