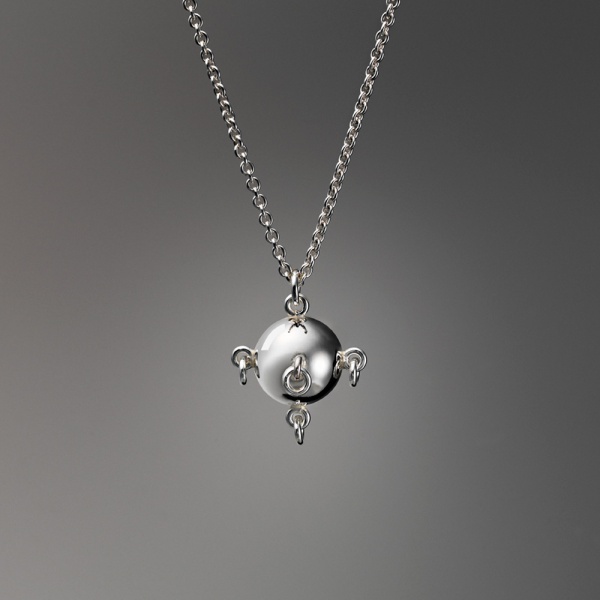 The smallest one of our "Komse-balls" with five rings. Just as nice for the newborn as for the adult.