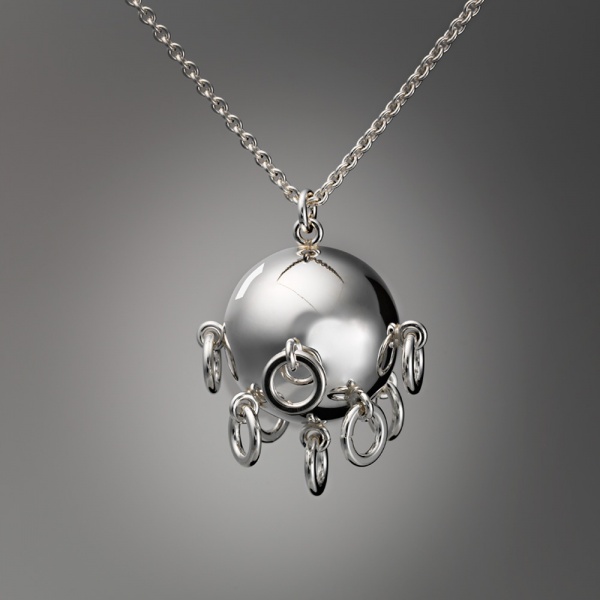 The biggest one of our "Komse-balls". A wonderful piece of handicraft! With 9 rings.