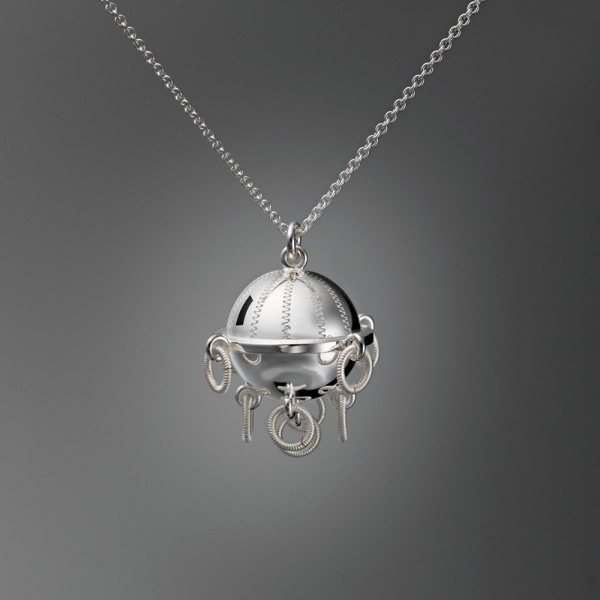 The "Komse-ball" with a fine engraving pattern and hanging filigrant wire rings.