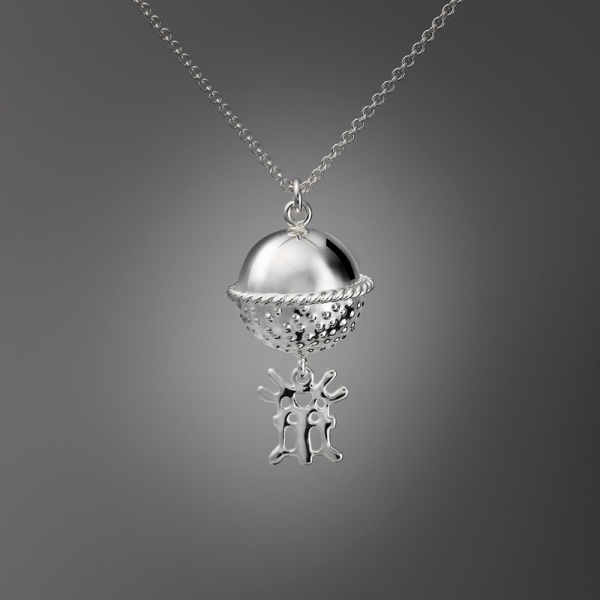 A "Komse-ball" with a hanging M for Virgin Mary.

Originally an M for Virgin Mary from Catholic times in southern Scandinavia. After the reformation, …

A ring of rising and decreasing twisted wire. Such twisted wire has been typical in many cultures …