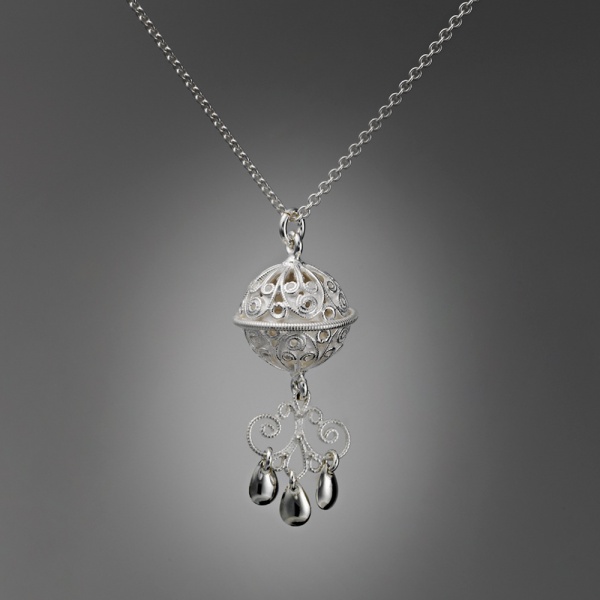 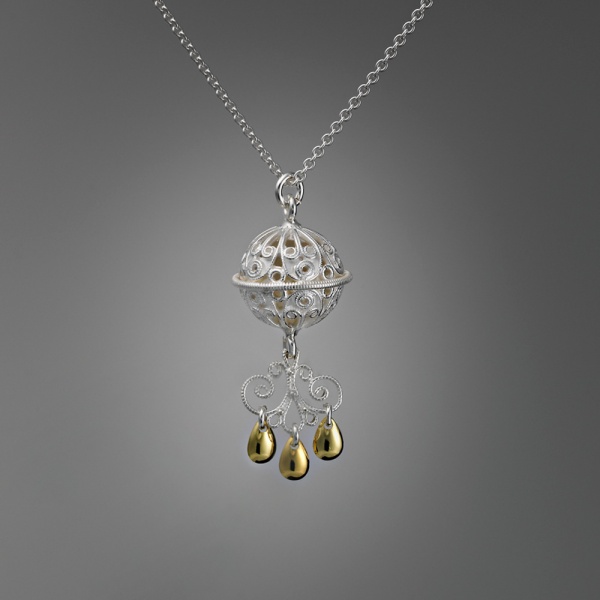 A "Komse-ball" with a fine filigree work, with a hanging filigree appendage - inspired by traditional Norwegian silver.