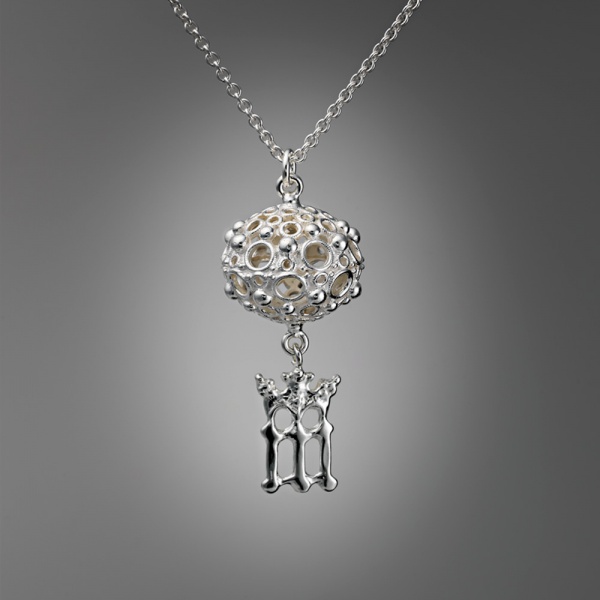 A "Komse-ball" with a hole pattern and an M for Virgin Mary, hanging underneath.