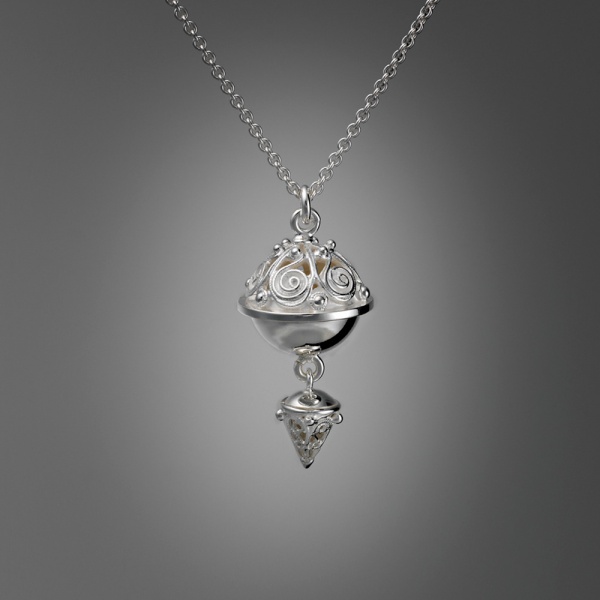 Unfortunately, there is currently a long delivery time for this Komse-ball. ca September

A "Komse-ball" with fine filigree work on the upper half and with a filigree "cone" hanging underneath - inspired by the traditional Norwegian silver.